Pardon this self-help guru opening, but I want to share a secret with you. This is definitely the most valuable thing I’ve learned in life. Many of you may already know it, but it never hurts to say it again—and I could really use hearing it again. It’s this: that if you want to do anything in life, it’s all about establishing routine. This can be for good or bad, of course, but you can also replace bad routines with good ones. The only hard part is starting. Especially, I find, when it comes to restarting. 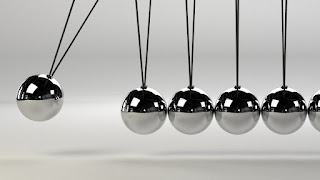 I’ve been trying to get back into writing. (Hence, the stuttering restart of this blog.) I feel like I forgot how to ride a bicycle.

When I first came to Japan some 10 years ago, I was a marathon writer. (I suppose it helped to reset my entire life by picking up and dropping myself off on the other side of the world with two pieces of luggage and pretty much no knowledge of the local language.) I used to go to a cafe after dinner and spend 2 hours every night working on my poetry. I even had the days down to a routine. First, I would read some poetry by some real masters of the craft, ideally works and voices that were in tune with what I was working on at the time. After about 30 minutes of that, I would try starting a new poem. This sometimes just led to some journal writing with a few images, or at other times would pick right up into laying out lines and stanzas. After finding a stopping point there, I would begin editing poems I had started and preparing them to be put into submission packs.

This worked really well. While I wasn’t spending long days on single works (like during my MFA days) I was steadily producing decent work. Some of it not so great, but some of it really good. Without a doubt this was when I was getting the most readership I had had.

Then, as happens, the system broke down. There were some factors that led to this. Success definitely lowered my own standards on myself, and possibly those of editors I was writing to. Also, I feel that I was beginning to try to write poems that were more like the ones that were being excepted into journals. However, it was when I broke from this that I found I was publishing less. Then again, at the same time I was trying to publish is harder markets at the same time, so of course I was publishing less. In the end, actually, rejections probably were what wore me down. I was still writing, but only occasionally. And it grows more and more difficult to move through the medium and to find that flow.

Over years of only occasionally coming back to it, I’ve decided to give the routine another go. I know expecting the same level of work from myself now as at my peak would be a brutal attack on myself. Maybe this is why it’s so much harder to come back to something? That you can’t help but compare yourself now to who you were? No matter how fast it comes back, stumbling through what was once effortless (well, relatively effortless) can be enough to kill any effort.

Anyway, the plan is to keep this blog posting thing up on a weekly basis and then start putting in a couple hours a week for more creative writing ventures.

In conjunction with this, I’m thinking to post up some of the poems I’ve written more recently that haven’t found a home in any journals and maybe along with some comments on them. I know this is not really what poets do usually. But I watched Bill Knott put his work out there at a furious pace in his blog back when I was spending my nights at cafes. He would post several times a day, replacing drafts with markings and comments and posting full volumes of his work. It was something special. I am not the master Bill was, but I think what he did should not be seen as taboo. The internet has altered all communication, it’s up to us to make those changes for the best. 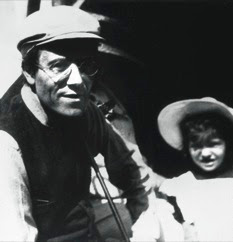